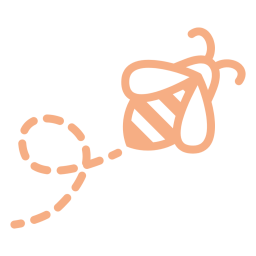 A Change In Career

I have worked in the armed forces now for a quarter of my life... doesn't sound like a lot when I put it like that, but for context, I am 24 and have worked for the MOD since I was barely 18 years old.

It has and still is a great job, It has taught me skills that peers of my age group who haven't had the same experience as me would likely struggle to achieve anywhere else. It has taught me to be independent and adaptable to change and to work efficiently even in stressful situations. Most of all, it has been fun. Which is probably hard to say for a lot of people when talking about their job.

All that being said and done, I feel like I am not working my dream job, and whilst that remains to be the case I don't think I will ever be fully content with it. I decided at the start of lockdown that I would start learning to program, initially with the plan to start a web-design business on the side. I Completed a front end web-design course at FreeCodeCamp and began working on websites for fun, I then discovered a great platform called webflow.

Webflow is a code-free platform to build and host websites, and although knowledge in coding is not a requirement to use the platform, I feel like it has definitely given me a foot-up. But... I feel like I'm cheating, it's just not pure and I wanted to get back into coding as most of my html and css knowledge has slowly faded over the past year.

While making a visit back to FreeCodeCamp with the intention to refresh my skills, I noticed that there was a new course for Python, Python? I had heard of it and knew vaguely that it was a programming language but not much more than that, so I decided to do some research. I then discovered the world of back-end, full-stack and DevOps software engineering, and I was sold!

I watched some video's on software engineering careers at places like Monzo and starling and it looks like everything I have ever wanted: problem-solving, creative, challenging and high risk-reward. I have now started my journey to software engineering, my first challenge is to learn Python.

I completed the coursework on FCC, but surprisingly did not find it very useful, the complete opposite to my experience with their web design course. The python course was just not very intuitive nor did it make any attempt at checking my progress throughout. I finished feeling just as unconfident as when I started. I have now begun following guides on youtube which I'd hoped to steer away from but it seems to be a good starting point. Once I have done some further learning through other resources online, I plan to revisit FCC so that I can complete the projects and receive the certification.

Once I feel like I have a good understanding of Py, I then aim to build up my knowledge on useful frameworks and libraries that take Py to the next level. So far I have built a few projects and put them on my GitHub, but nothing that would likely get me an interview or a job yet.

I also decided to start learning JavaScript which is a front end programming language, the reason being that although I would like to specialise in one part of software engineering, it is likely going to be beneficially to understand the bigger picture. Even if I only gain a basic understanding of JS I will be happy. I have completed the basic JS Module but still have 8 other modules to complete.

One of the other main motivators for the hopeful career change is obviously money, everyone knows that software engineering can be very lucrative, and while my salary now is not bad, it has unfortunately stagnated at ~£30k. I would preferably like to double this figure to be content with my income, which I get is a lot to ask but I think it is doable.

So this has mainly been a ranty post and not very well structured, still not quite got the hang of blog posting yet and I don't think I will for a good while yet. I also felt guilty as I had not posted in a while so thought I should post something at least.

Arguably this type of content isn't strictly finance related but I do think that as a career change would affect my finances that I can justify it, I still have a long way to go until I think I'm ready for the change but I plan on making the change more than likely within the next three years.

I am not a financial advisor. Please do not take my investment decisions as guidance for your own decisions. I will not be held responsible or liable should anyone choose to ignore this advice.